A New report out today by the Education Policy Institute and the Nuffield Foundation confirms settings which employ a graduate are linked with improved outcomes for children which last up to the end of primary school.

Tiptoes Nursery and Pre-Schools employ over 22 gradates, 38% of staff, with a further 6 more studying towards a degree qualification in early years (well above national standards). That’s up to between 2-5 graduates per Tiptoes nursery. As the staff educate themselves and understand the importance of it, they know how important it is to you and your child as well. We are delighted and proud that all our staff can lead, educate and interact at the highest level with all Tiptoes children.

All staff are qualified level 3 in relevant qualification and 100% have paediatric first aid training.

Article From Education Policy Institute and the Nuffield Foundation

These improvements apply to all children – disadvantaged or not – who spend at least 15 hours per week in a setting.

The two-year study, based on census data of 6 million children in private or voluntary  settings over the past 10 years, finds that having a staff member with QTS, EYTS or EYPS corresponds to an improved early years foundation stage profile score of 0.3, and this is sustained to some extent until at least the age of 11.

Report co-author Sara Bonetti said, ‘Considering that this is based on census data from 6m children, this clearly shows that graduates make a difference. You can’t expect them to work miracles – we are looking at one staff member per early years setting – but there is definitely a positive association with children’s outcomes, and this is over the long term.’

Dr Bonetti added other studies – some from the US – show a positive impact drops off after a couple of years. ‘We didn’t find that. Against research that shows there is a fade out effect, we found very small but continuing positive associations all through key stage two.

‘We also find there isn’t a massive difference whether graduates are in the classroom or at leadership level – so we should be having more conversations about leadership models and their effects.’

The Education Policy Institute analysis also found the number of hours children spend in early years education where a graduate is present made a crucial difference to outcomes. Children who attended settings for more than 15 hours per week showed better EYFSP scores than those doing fewer than 15 hours.

‘While this association could be driven by the link between longer hours at settings and coming from a wealthier background, our analysis shows that the positive association is still present when focusing on the most disadvantaged children….This finding suggests that opening up the 30 hours of funded childcare to the most disadvantaged children (who are currently excluded) could be beneficial, especially when their setting has a graduate.’

Dr Bonetti added that she doesn’t want to just advocate for a blanket extension of 30 hours to all children. ‘We need to be looking into how to extend the 30 hours – making sure that the quality doesn’t go if you increase the quantity’ she added.

The report, the final in a series on the early years workforce funded by the Nuffield Foundation, goes on to acknowledge that while a third of an EYFSP point score is very small when compared with, for example, the 3.6 point gap in EYFSP scores between disadvantaged and non-disadvantaged children, this isn’t unexpected.

‘Part-time and/or erratic attendance of early years settings, even when of high quality, cannot be expected to offset all of the disadvantages faced by children growing up in poverty. Similarly, we cannot expect a small proportion of highly qualified staff to create systemic change in quality when the majority of the workforce has low qualification levels. … It may be unrealistic to expect the qualification level of a single staff member alone to be strongly associated with children’s outcomes when staff working in PVI settings are generally low paid … and have insufficient access to continuing professional development.’

OUR NURSERIES NEAR YOU … 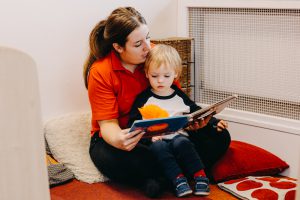 Tiptoes Waterside Nursery enjoys views over the Humber Estuary and of the iconic bridge. It’s purpose-built and has great links with local primary schools and Hessle Mount School. It’s on the Waterside Business Park, so has great access to the A63. It has secure parking and a fully secure outside play area. 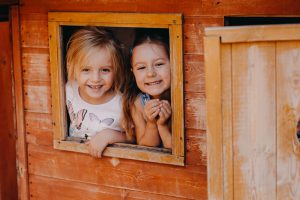 Tiptoes Bricknell Nursery has a fantastic reputation and enjoys great links with all four local primary schools. Bricknell is in a good position, with the avenue being a major secondary route between west Hull and villages and Hull. It has secure private parking, landscaped gardens and a fully secure outside play area. 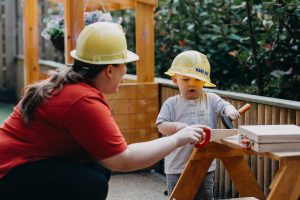 Tiptoes Bridgehead is one of the most environmentally friendly nurseries in the UK. It’s purpose-built and located on the prestigious Bridgehead Business Park, the UK’s greenest business park. It has great access to the A63, A164, and the Humber Bridge. We’re next to trees and a woodland walk designed with the Yorkshire Wildlife Trust.

Our Tiptoes nursery on Morrill Street, Holderness Road. Opening early 2019, this brand new purpose nursery will continue to build upon our decade of childcare experience ensuring your child has the best possible early years care and education. It’s designed by us and built for us with landscaped gardens and secure outdoor play area. 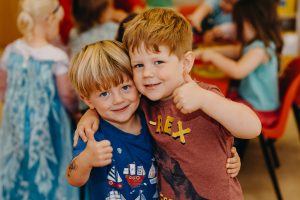 Tiptoes Willerby opened in 2016 and already has a fantastic reputation and good links with local primary schools. It’s designed by us and built for us and has landscaped gardens and secure outdoor play area. It’s in an excellent location on Gorton Road, between Anlaby and Willerby, near Haltemprice Leisure Centre.

Tiptoes Goole is located on Rawcliffe Rd, 400 yrds from Junction 36 of the M62. A lovely spacious single storey property which follows in the design of all Tiptoes nurseries. With a mega large outdoor play space, which has the benefit of a covered area and soft play surfacing, its a joy to learn and play in such a space.

Tiptoes Sutton occupies a proud corner location on Leads rd, Sutton, Hull. Following substantial, yet needed, redevelopment the site will open with a brand new single storey nursery and preschool. Completely re-designed by Tiptoes, designed by us for your child. 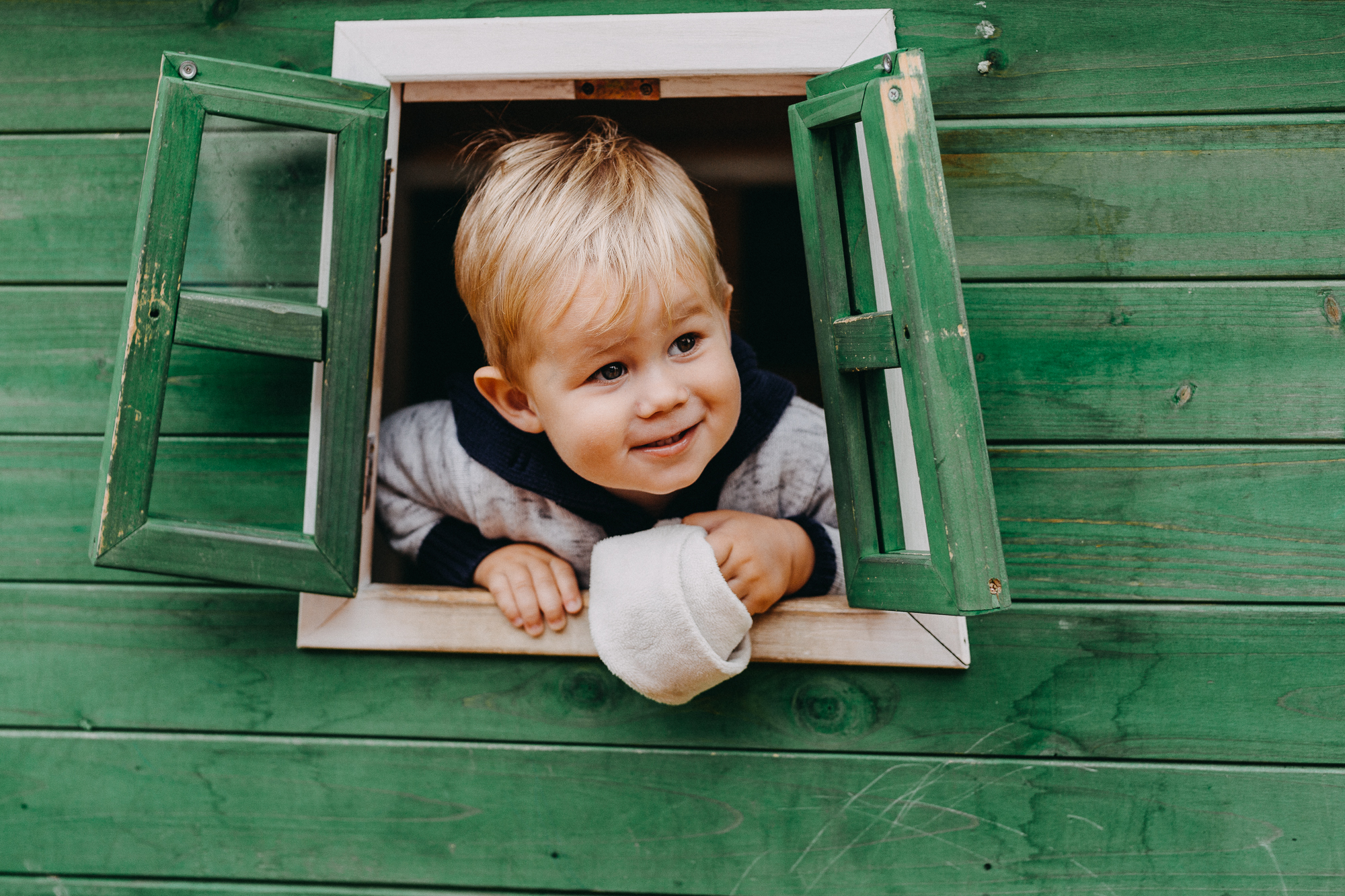 Tiptoes is always looking to provide outstanding care in the Hull & East Riding area, let us know if you think we should be in your neighbourhood.

This website uses cookies to improve your experience while you navigate through the website. Out of these, the cookies that are categorized as necessary are stored on your browser as they are essential for the working of basic functionalities of the website. We also use third-party cookies that help us analyze and understand how you use this website. These cookies will be stored in your browser only with your consent. You also have the option to opt-out of these cookies. But opting out of some of these cookies may affect your browsing experience.
Necessary Always Enabled
Necessary cookies are absolutely essential for the website to function properly. This category only includes cookies that ensures basic functionalities and security features of the website. These cookies do not store any personal information.
Non-necessary
Any cookies that may not be particularly necessary for the website to function and is used specifically to collect user personal data via analytics, ads, other embedded contents are termed as non-necessary cookies. It is mandatory to procure user consent prior to running these cookies on your website.
SAVE & ACCEPT
Go to Top